Putting the “independent” back into filmmaker 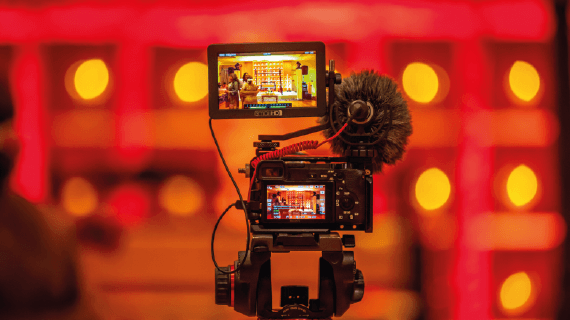 Think the movie streaming revolution starts and ends with all you can eat subscription services and the rental giants? Might be time for a rethink.

Online movie subscriptions and rentals are a multi-billion-dollar business for the likes of Netflix, Amazon and iTunes. But why should these guys have all the fun? Have they truly democratized the business of independent movie distribution or merely cornered the market?

Australians are living proof that viewers will pay a reasonable price to stream content if it is made readily available. Previously renowned the world over as a nation of pirates, we have seen multiple subscription services arrive and with that multiple streaming subscriptions per household becoming the norm.

Household spend on entertainment packages isn’t just shifting, it’s increasing. Viewers will jump onto a streaming service to binge watch new content. Once they’ve had their fill of new content, they don’t always stick around for the re-runs. There’s no costly fee for cutting a subscription the way there is with cable services, there’s no equipment to return and the sign-up process for the next streaming provider isn’t clunky. Today’s viewer is very nimble.

Viewer behaviour epitomises a world that’s placing less and less emphasis on owning stuff. Millennials stopped buying what the baby boomers were selling ages ago. Whether it’s a house, appliances or films, it doesn’t matter. Don’t worry about DVD’s or download to own. Life is short and it’s about experiences not things.

Subscription services are spending big dollars on premium content. Netflix forked out $90 million for a Will Smith movie. Hulu handed over $180 million for Seinfeld. Depending on who you believe, an episode of Game of Thrones can cost between $5m and $15m to produce. When those sums are involved, it’s fair to ask how much love the giants can spare for the independent filmmaker.

So how can we put the independent back into filmmaker?

Forget about the old model. It’s broken. The old school distributor doesn’t really care about independent film. If they do manage to get it on a digital platform, filmmakers will probably never hear about it and their chances of making a buck out of it are even lower. Revenues are often swallowed up by the cost of getting the film onto a platform and then there’s those murky marketing budgets.

Even if filmmakers are lucky enough to get a distributor, they generally sign away their digital rights to the film for ever and a day. This makes promotion of the film even more challenging. In the digital age where borders don’t exist, independent filmmakers need to keep their rights.

Independent filmmakers spend a lot of time, money and effort making a film. If they have any money left after completion, they’ll spend some marketing dollars pushing people to a website to learn about their film. Then they’ll ask their potential viewers to click on a link that says, “Available on iTunes”. Why send the viewer to another site where there are countless other movies to distract the viewer and stop them buying? Even if the viewer does buy the film, I’ll tell you what’s not available to the filmmaker on iTunes – the viewer’s name and email address. Who owns the customer? Not the filmmaker. Give the filmmaker the tools to sell the film from their own site and they’ll own the customer. Filmmakers spend all that time, effort and marketing dollars to get the viewer there in the first place. Keep them there and build a relationship with them. Find out who they are. They might want to know about your next project. They may even be able to help fund it.

You don’t have to think too hard to find a target audience for most independent movies. Those target audiences hang out on websites that probably don’t have engaging video content. Imagine if those sites could sell great films to push their cause to their audience and receive a clip of the ticket on the way through. This helps the filmmaker reach an audience they might not otherwise have access to.

Spondo does all this and more. It’s the perfect solution for independent filmmakers.